Tadeusz Rolke - It Will Be Fine 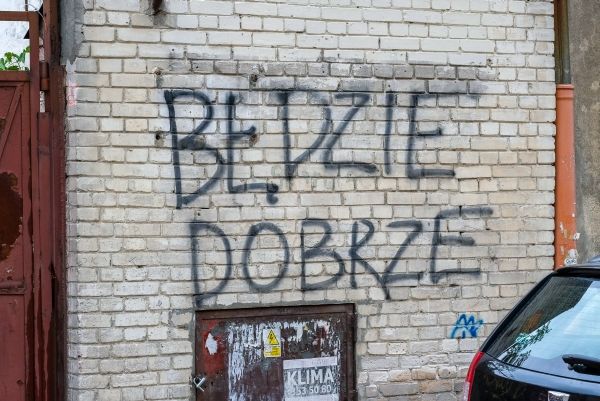 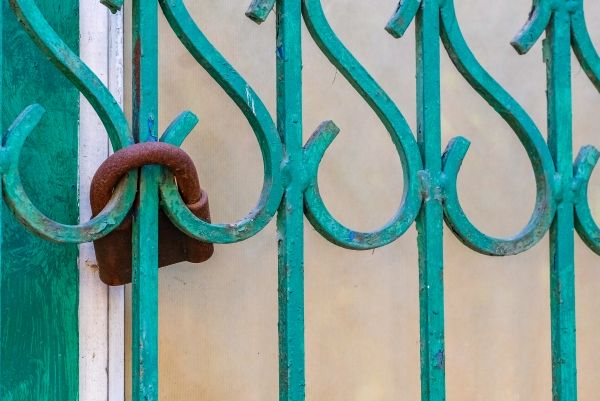 It will be fine. But will it get better? That is not as obvious as it was in the early 1990s, when Tadeusz Rolke walked the streets of Warsaw with a photo camera, taking a record of the social transition of the time: butcher stalls in downtown Warsaw, monuments of ancien regime, cafĂ©s, and the new Poles reinvented as consumers. Selected photographs of that era were presented at Rolkeâ€™s previous exhibition at Le Guern, which was titled â€śTomorrow Will Be Better.â€ť The declaration in the title of the present exhibit is much more modest. It sounds like a consolation.

â€śIt Will Be Fineâ€ť is a collection of photographs of the Warsaw district of Praga, a neighbourhood as picturesque as it is shoddy, even in the light of recent gentrification. Instead of creating a record of the change: the old being taken over by the new and the emerging social stratification, Rolke focuses on the detail. A gust of wind flaps a curtain in the window of a rundown tenement house. A rusty padlock fastened, for reasons unknown, onto a railing. A childrenâ€™s room carpet hanging down from an iron bar, about to be beaten. Trash of all colours. The graffiti on a wall spelling out â€śIt Will Be Fine.â€ť All these are modest occurrences, contained in Rolkeâ€™s almost abstract snapshots, a personal archive of phenomena.

You may remember the 1987 Polish comic book â€śTytus, Romek i Aâ€™Tomek,â€ť where the principal character must pass a test of â€śsensitivity to the beauty of the surrounding world.â€ť His friends bring him to a rundown street to look at a heap of colourful garbage. The character of the comic book is disgusted but the authorâ€™s comments read: â€śIf Tytus had the soul of an artist, he would see glorious compositions instead of filth. Vertical lines counterbalance horizontal lines. The combination of colours is perfect.â€ť Rolke seems to follow this convention. Speaking of the works in the series â€śIt Will Be Fine,â€ť he references Marcel Duchamp and his ready-mades. He talks about works of art hidden in urban alleys, which he likes to uncover on his strolls with a camera in hand. He talks about ready-to-use images which could be brought from the film directly to the canvas. And yet, does the aesthetic exhaust the potential of the photographs? No. After all, everybody knows that it will not be fine, not in the way that seemed possible in the 1990s. Social change has not miraculously transformed our cities or eliminated social divides. Tadeusz Rolke knows that it is not necessary to tell the story in the same terms as were applicable almost 30 years ago. This time around, what matters is kept under lock and key, hidden behind a curtain.

The exibition is organised in cooperation with Fujifilm Poland. All photographs have been taken by Tadeusz Rolke with Fujifilm X-T20.