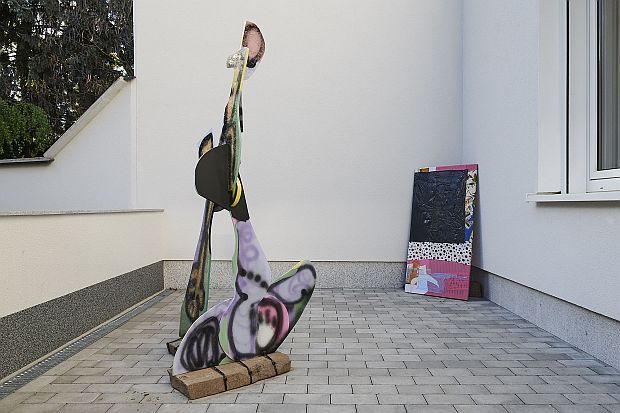 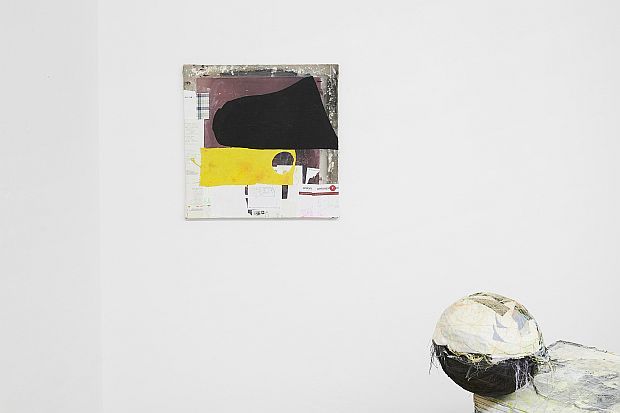 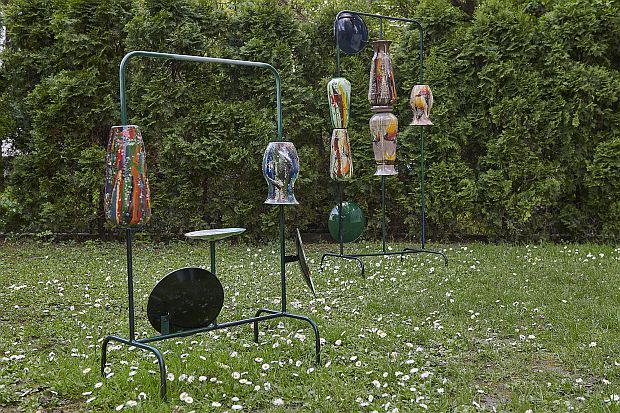 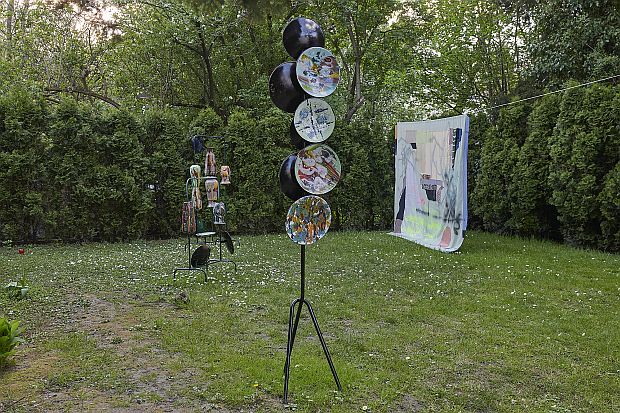 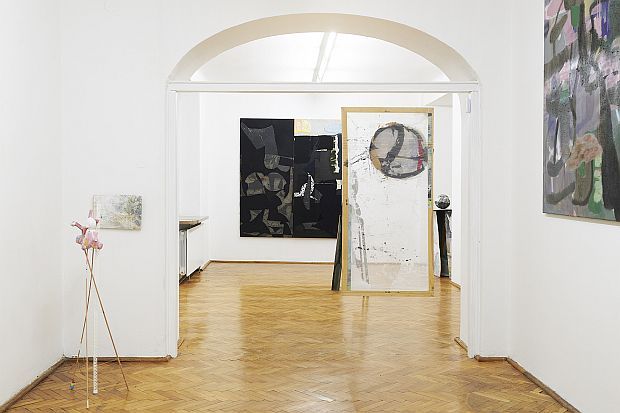 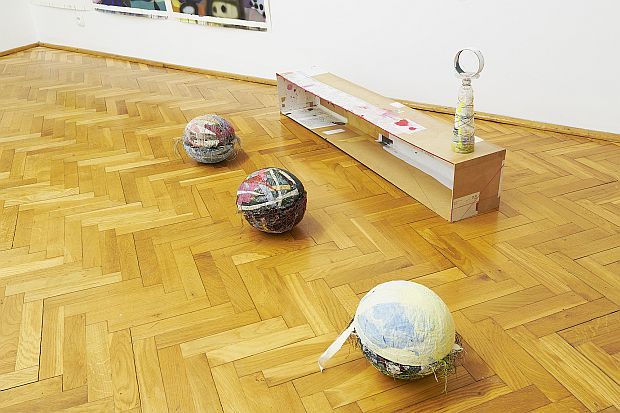 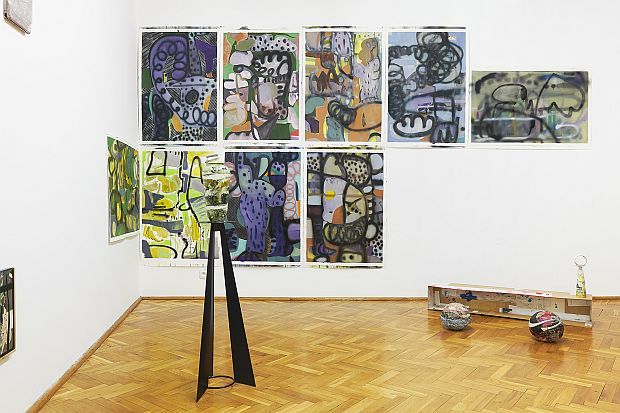 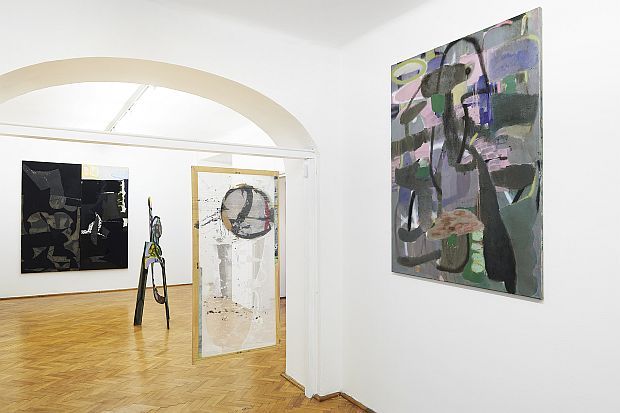 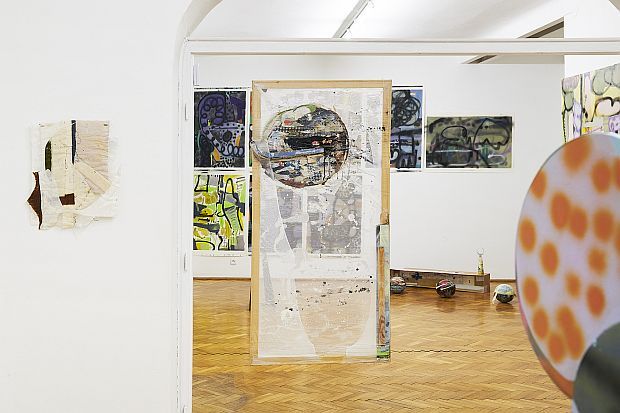 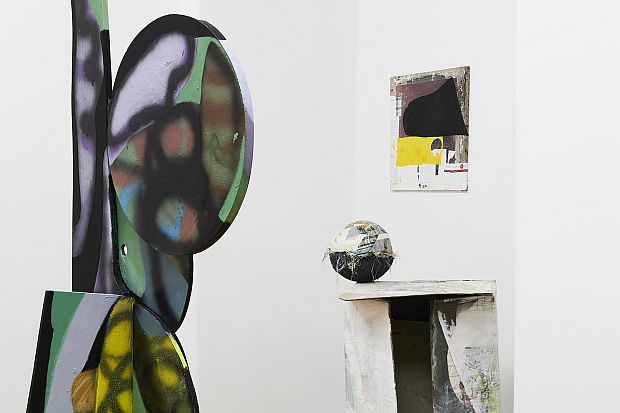 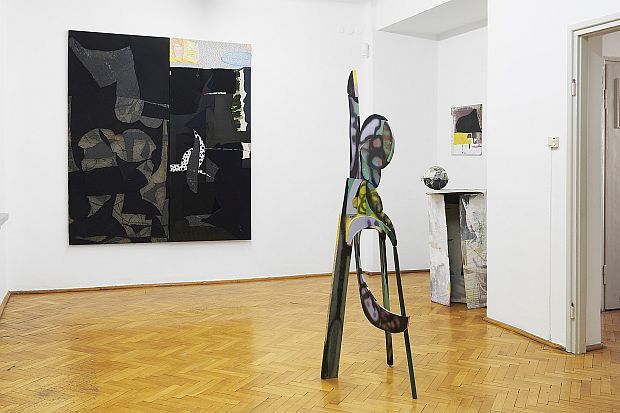 ŌĆ£How to be a pervert with no body?ŌĆØ is the question Travis Jeppesen asks in his article ŌĆ£Queer Abstraction (Or How to Be a Pervert with No Body). Some Notes Toward a ProbabilityŌĆØ published in the Mousse Magazine. As a fetishist of panes of shiny paintwork and the rough texture of concrete, I am asking myself that question, too. But this is not about myself or Jeppesen; it is about a duo of artists whom I have known in person as long-time friends and followed their work for 20 and 15 years, respectively. Inspired by JeppesenŌĆÖs article and the friendship of a non-binary person, the question I want to ask is whether abstract art, in particular the art of these two artists, is non-binary.

Marta Sala born in Katowice in 1985, raised in Chrzan├│w, lived in Krak├│w from 2000-2015 and has been living and working in Berlin since 2015. She is a graduate of the painting department at the Jan Matejko Academy of Fine Arts in Krakow (Leszek Misiak's studio) and of Art in context at the Universit├żt der K├╝nste in Berlin (DAAD scholarship holder 2017-2020). Marta Sala is a transdisciplinary artist focusing on issues such as intersectionality, precarity, the right to the city, ecology, common goods and commoning or creative anarchism. In 2010-2011 she co-organized Zbiornik Kultury in Krakow. In 2014-2015 she co-founded the queer Vala Tanz Kolektyw. Since 2014 she has collaborated with Cecylia Malik, Wodna Masa Krytyczna and the Sunday Collective, co-creating art actions and protests such as "Greed. Cities" in defence of the Cracovia Hotel. In 2020, together with the Kurdish writer Abdulkadir Musa, she realised in Berlin the multilingual artistic and literary project ├øŌł×-Berl├«n Creative-Anarchist Chronicle of Urban Escapes. Individual exhibitions of her work have taken place at the Zbiornik Kultury Gallery in Krakow (2011), the Aristoi Gallery in Krakow (2016) or the BWA Sok├│┼é in Nowy S─ģcz (2016), among others. She has also participated in many group exhibitions in Poland and abroad, including KUB Gallery in Leipzig , Temporary Gallery in Cologne, ArtBoom Festival in Krakow, Project room, CSW Ujazdowski Castle in Warsaw, Bunkier Sztuki in Krakow, Krakauer Haus in Nuremberg, Meno Parkas Gallery in Kaunas.

Grzegorz Siembida was born in 1984 in Nisko. In 2004 he graduated from the State High School of Fine Arts in Rzesz├│w (specialization: woodcarving). Graduate of the Academy of Fine Arts in Cracow (diploma at the Faculty of Painting in the atelier of Professor Andrzej Bednarczyk). Since 2017 he has been a PhD student at the Faculty of Art of the KEN Pedagogical University in Krak├│w. Works with painting and painting installation. Cultural animator, coordinator of artistic projects, co-founder of AS and Aristoi galleries. He has presented his works at the Centre for Contemporary Art Ujazdowski Castle in Warsaw, the Museum of Contemporary Art MOCAK, the Museum of Hunting and Riding in Warsaw and the Polish Institute in Vienna. Winner of the City of Cracow grant in the field of Visual Arts 2020 and winner of the 3rd Cracow Salon - Personality of the Year 2020. Lives and works in Cracow.